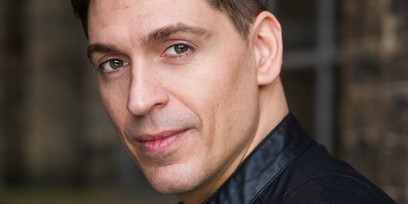 Falzon came to prominence when he was cast by Queen and Ben Elton to star as Galileo in We Will Rock You. He reprised the role in Japan and the UK, breaking box office records and playing the show's first-ever arena venue. His other theatrical credits include The Wharf Revue (STC), Hedwig and the Angry Inch, Floyd Collins (CRH), Rock of Ages, Side by Side by Sondheim, Chess, Jesus Christ Superstar and The War of the Worlds (Australia/NZ and UK/European arena tours).


On screen Michael played Kyle in the BBC1’s The Wright Way, Jose DeSousa in Blue Heelers (ITV and Network 7) and has performed live with Queen in an ACA TV special and on The Late Late Show (RTE). His concerts include The Music of Queen (Sydney Opera House, Perth Convention Centre, Hamer Hall), Swing on This (Adelaide Festival Centre, QPAC, Theatre Royal, Perth Concert Hall, Sydney Opera House) and Painted From Memory – The Music of Bacharach and Costello (CRH, Australian tour) with further engagements as a soloist in English National Ballet’s Strictly Gershwin (QPAC, QSO & Queensland Ballet) and A Friday Night at The Opera at London Coliseum (BBC Concert Orchestra for BBC Radio2).


Along with I Dreamed a Dream – Hit Songs of Broadway for ABC Music, Falzon recorded the lead role in Atomic – A New Rock Musical in NYC, produced by Steve Margoshes (Fame, Tommy) and returned to New York in November to lend his vocals to the world premiere of Get Jack a new musical by Damien Gray, composed by Grammy Award nominee, Kip Winger.