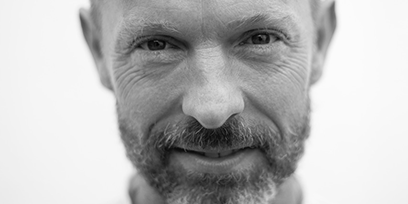 Choreographer and director, Michael Keegan-Dolan, was born in Dublin, founded Fabulous Beast Dance Theatre in 1997, and was its artistic and executive director until 2014.

He trained at the Central School of Ballet in London and in 2001 he began studying Japanese Sword and Yoga with John Evans. In 2002 he met Zhander Remete and has been studying yoga under his guidance for the past 12 years.