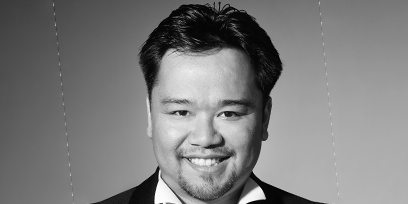 Tenor Michael Lapiña began his professional career in 1988 performing in musicals and touring extensively in Australia and Asia. Since 2008, Michael has been engaged with many of Australia’s leading opera houses to perform some of the most coveted tenor roles in the operatic repertoire. His roles have included Nemorino in Donizetti’s L’Elisir Damore, Cavaradossi in Puccini’s Tosca, Pong and Emperor in Turandot, Beppe and Canio in Leoncavallo’s I Pagliacci, Remendado in Bizet’s Carmen, Don Alvaro in Verdi’s La Forza Del Destino, Alfredo in La Traviata, Manrico in Il Trovatore, and the title role in Gounod’s Faust.

A versatile tenor, Michael is regularly engaged as soloist on the concert, corporate, chamber and oratorio stages including performances of the tenor soloist in Verdi’s Requiem, Puccini’s Messa Di Gloria, Handel’s Messiah and Samson, and Rossini and Dvorak’s Stabat Mater.  He is also a great supporter of the community, performing and directing several fundraising concerts for Rotary International and the Archdiocese of Melbourne.

2017 saw Michael receive great acclaim for his performance of Manrico in CitiOpera’s production of Verdi’s Il Trovatore.  This year, Michael will do an extended series of Puccini opera concerts in major cities throughout China with the Australian International Opera Orchestra, and will also be singing the title role in the Australian premier of Rimsky-Korsakov’s Kashchey the Immortal.