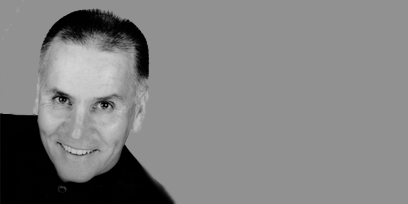 Michael Lewis, one of Australia’s most respected singers, is highly regarded for his command of both operatic and concert repertoire.  After winning the Metropolitan Opera Competition in 1973 and an Arts Council Scholarship, Michael left Adelaide for Europe, marking the beginning of a successful international career.  His major debut at the Wexford Festival in 1976, was followed by performances at opera houses in Berlin, Frankfurt, Munich, Leipzig, Amsterdam, Venice, San Diego, Pittsburgh, English National Opera, Welsh National Opera, Scottish Opera, Opera North, Glyndebourne Festival and Touring Opera, and in Mexico.


Since that time he has performed 35 major roles with Opera Australia, as well as regular appearances with the state companies in Perth, Adelaide, Melbourne and Brisbane and New Zealand Opera.


Michael has performed a wide range of roles, from Mozart to Wagner to 21st century compositions, and he has a strong association with the works of Verdi, having performed in 12 of the Italian master’s operas.  Rigoletto has been a signature role, Michael having performed it at, amongst others, La Fenice Venice; in the famous Jonathan Miller mafia-style production in London; in Elijah Moshinsky’s Opera Australia production; in the Parks Concert performance in Sydney, in which Dame Joan Sutherland made her farewell appearance in the role of Gilda; and in an earlier John Copley production, for which he won a Green Room Award.


Other career highlights include: soloist with Rudolf Nureyev at the London Coliseum in Bejart’s ballet to Mahler’s Songs of a WayfarerDie Meistersinger von Nürnberg for Opera Australia; and the world premiere creations of Jeronimus Cornelisz in Batavia by Richard Mills, and The Major in Madeline Lee by John Haddock.


Michael has appeared with numerous orchestras around the world, and all of Australia’s symphony orchestras, with countless conductors of world renown.  His repertoire encompasses all the major baritone works, in particular Carmina Burana, A War Requiem, Belshazzar’s Feast, Ein Deutsches Requiem, Elijah, Mahler’s Kindertotenlieder, Lieder eines fahrenden gesellen and 8th Symphony; The Dream of Gerontius, Messiah, Requiem (Fauré), The Wound Dresser (Adams), and Songs and Dances of Death (Mussorgsky).


Most recently, he has sung The Count in The Marriage of Figaro, Sharpless in Madama Butterfly and Vicar Gedge in Albert Herring for Opera Australia; the title role in Macbeth for Opera Queensland; and Don Carlo in La forza del destino for State Opera of South Australia.  He returned to Brisbane in 2014 as Rigoletto.


Michael Lewis can be seen on DVD in Opera Australia recordings of Die Fledermaus with Dame Joan Sutherland, and the 50th Anniversary Gala.  His CD, Schubert: Lieder Orchestrations, features arrangements by Brahms, Reger, Offenbach, Liszt and Mottl.  He was awarded the Medal of the Order of Australia (OAM) in 2008.