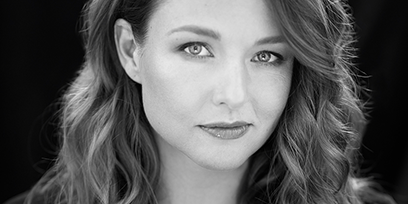 Michaela holds a Bachelor of Music with Honours in vocal performance from the Royal College of Music, London.

In Sydney, she most recently performed in Andrew Lloyd Webber’s Aspects of Love at the Hayes Theatre, understudying the role of Giulietta.

Other roles include Calisto in Offenbach’s Daphnis and Chloe with Pacific Opera, Orlenda in Charody Productions’ circus opera The Carnival, and Rose Pickles in the creative development of Cloudstreet: the opera. She was a member of the 7 Sopranos for seven years, and sang on their debut, self-titled album with ABC Classics.

In 2020, Michaela performed as Swing in Cameron Mackintosh’s UK and Ireland tour of The Phantom of the Opera.