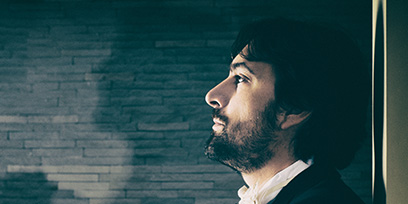 During the fourteen years he served as a concertmaster for the orchestra of the Teatro Regio in Parma, Michelangelo Mazza performed worked with such conductors as Riccardo Muti, Juri Temirkanov and Lorin Maazel. He also recorded all of Verdi’s operas with the orchestra and, as a violinist and conductor of an ensemble composed of the theatre’s soloists, visited many of the world’s concert halls including New York’s Carnegie Hall, Moscow’s Tchaikovsky Concert Hall, Tokyo’s Kioi Hall and the concert hall of the Saint Petersburg Philharmonic.

In 2014, he made his debut as a conductor in Verdi’s Falstaff at the Theatro Municipal de São Pauló, and in that same year also conducted numerous symphonic concerts at the Teatro Lirico in Cagliari and also received an invitation to play in Genoa.

In 2015, he enjoyed great acclaim for his conducting of Pagliacci in Tirana and Rigoletto in Catania. Invited in 2016 to return to Cagliari to peform both a concert of works by Beethoven and La bohème, and also appeared again in São Paulo, where he served as conductor for Manon Lescaut and Così fan tutte. In Milan, he twice took the helm of La Verdi in Milan, and that autumn he was also invited to the Verdi Festival in Parma, where he also went on to conduct Shostakovich’s Hamlet at the Shakespeare Marathon.

In 2017, he met the world-famous opera-singer couple of Anna Netrebko and Yusif Eyvazov, with whom he gave a Berlin concert in the Waldbühne. This collaboration will be continued into the following years with numerous opera performances and concert tours.
In early 2018, he took the stage of Seoul’s new Lotte Concert Hall with soprano Jo Su-Mi to give a concert in conjunction with the PyeongChang Winter Olympics.

In 2019, he made his Deutsche Opera Berlin debut with Netrebko and Eyvazov, conduct concerts in Cologne, at Hamburg’s Elbphilharmonie and in Frankfurt, as well as an opera gala with Olga Peretyatko at Müpa Budapest.

In 2020/2021 Season he debuted at the Opera in Valladolid with Un Ballo in Maschera, as well as at the Deutsche Oper in Berlin.

In 2022 he made his debut at the Teatro San Carlo in Naples with Aida conducting Anna Netrebko in the title role.