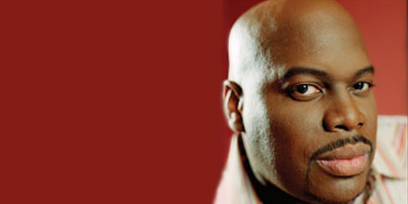 Morris Robinson is quickly gaining a reputation as one of the most interesting and sought after basses performing today.


A graduate of the Metropolitan Opera Lindemann Young Artist Development Program, Mr. Robinson made his debut at the Metropolitan Opera in their production of Fidelio. He has since appeared there as Sarastro in Die Zauberflöte (both in the original production and in a new children’s English version), the King in Aida, and in roles in Nabucco, Tannhäuser, and the new productions of Les Troyens and Salome. He has also appeared at the San Francisco Opera, Lyric Opera of Chicago, Dallas Opera, Florida Grand Opera, Pittsburgh Opera, Opera Company of Philadelphia, Seattle Opera, Los Angeles Opera, Cincinnati Opera, Boston Lyric Opera, Opera Theater of St. Louis, Vancouver Opera, Wolf Trap Opera, and the Aix-en-Provence Festival. His many roles include Sarastro in Die Zauberflöte, Osmin in Die Entführung aus dem Serail, Ramfis in Aida,  Sparafucile in Rigoletto, Commendatore in Don Giovanni, Grand Inquisitor in Don Carlos, Timur in Turandot, the Bonze in Madama Butterfly, Padre Guardiano in La Forza del Destino, Ferrando in Il Trovatore, and Fasolt in Das Rheingold.


This season, Mr. Robinson returned to the Metropolitan Opera as Ferrando in Il Trovatore and the Washington National Opera as Joe in Show Boat, and made his debut at the Houston Grand Opera in Don Giovanni and Show Boat. This summer he returns to the Cincinnati Opera and the Ravinia Festival as Ramfis in Aida, and next season he makes his debuts at Australian Opera and the Boston Lyric Opera, and returns to Opera Philadelphia and the Los Angeles Opera.


An Atlanta native, Mr. Robinson is a graduate of The Citadel and received his musical training from the Boston University Opera Institute.