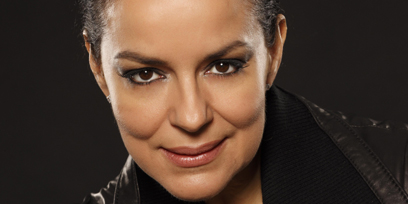 Nancy Fabiola Herrera is currently one of the most outstanding singers on the international opera circuit. Her quintessential performance of the lead in Carmen has taken her to theatres and festivals such as the Metropolitan Opera in New York, the Royal Opera House in London, the Verona Arena, the San Sebastián Quincena Musical, the Terme di Caracalla, Los Angeles Opera and the cities of Tokyo, Tel Aviv, Dresden, A Coruña and Jerez de La Frontera, among others. She debuted the role in November 2011 at the Berlin Deutsche Oper, in February 2012 in Las Palmas de Gran Canaria and in January 2013 at the Bayerische Staatsoper in Munich.

Other operas in her repertoire include Anna Bolenna (Jane Seymour, with the Barcelona Liceu Opera Company), Roberto Devereux (Las Palmas), Daniel Catan’s Il Postino (in its world première in Los Angeles, in Santiago, Chile, and in Madrid alongside Plácido Domingo), Samson et Dalila (Manaos, and soon in Oviedo), Les contes d’Hoffmann (Paris, Seattle), L’Italiana in Algeri (Las Palmas, Jerez and Kansas City), Werther (Las Palmas and Oviedo), Norma (Adalgisa, Montpellier Opera), Rigoletto (Metropolitan and La Bastille in Paris), as well as lead roles in The Rake’s Progress, Madama Butterfly, I Capuleti ed i Montecchi, Die Fledermaus, The Queen of Spades, etc. Nancy Fabiola Herrera is also a great proponent of zarzuela and always has engagements to perform works of this genre in her agenda. She has recorded two zarzuelas for Deutsche Grammophon over recent seasons: Luisa Fernanda (in 2007 with Plácido Domingo)

She recently premiered her show Gitanas at the Pérez Galdós Theatre in Las Palmas, Gran Canaria, and at the Teatro de La Zarzuela in Madrid. This production was tailored especially for her by the director and costume designer and the singer submerges herself in a bewitching and passionate brew of gypsies and Spanish ladies, performing some of the most fascinating and complex characters from the world of opera, zarzuela and symphonic repertoire.

Nancy Fabiola Herrera trained at the Las Palmas Conservatory, the Madrid Royal Conservatory, the Juilliard School of Music in New York and at the Academy of Vocal Arts in Philadelfia, where she is now on the board of directors. In 1990 she won the prize for the best Canarian voice in the Alfredo Kraus Competition, in 1995 she was awarded first prize in the Francisco Alonso Competition and the following year won the Pepita Embil prize awarded by Plácido Domingo in the Operalia Competition. She has also been commended by the Royal Economic Society for Friends of the Country in Gran Canaria with a prize for her career in opera and received the prize for the Best Zarzuela Singer awarded by the Teatro Campoamor Foundation for Lyrical Prizes in Oviedo for her performance in La Bruja in the Madrid Teatro de La Zarzuela. She has also been recognised as an Adoptive Daughter of the city of Las Palmas de Gran Cana-ria (June 2005) and Adoptive Daughter of the Island of Gran Canaria (March 2011). In 2010 she debuted in the Vienna Musikverein, in the same year that Los Angeles Opera bestowed the 2010 Plácido Domingo Award on her for her performance of Carmen in the same opera house.