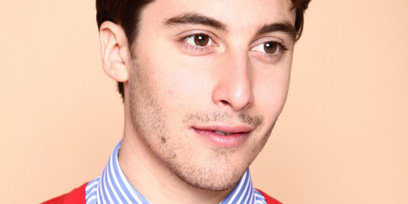 Nathan is an award-winning performer with a career spanning well over a decade. His professional career began at the age of 9 in two Opera Australia productions, Falstaff and Manon Lescaut. Nathan has been involved in Melbourne Fashion Week, re-opened Hamer Hall Arts Centre, modelled clothing for the children’s brand Designer Kids, performed for the Prime Minister at Australia House in London and took part in launching for Mercedes Benz.


Nathan’s television credits include It Takes Two, Blue Heelers, The Footy Show, Australia’s Most Wanted, Wicked Science, The Morning Show, Mornings with Kerri-Anne, So You Think You Can Dance, Sunrise and commercials such as Sea Monkey’s, Australia Post and Meadow Lea. Workshops include Continental and Strictly Ballroom. Nathan was also Assistant Choreographer for Caroline O’Connor and Strictly Sydney Mardi Gras Finale Float 2014.


Nathan is thrilled to slip his tap shoes back on for Anything Goes and would like to thank Mum, Dad, Elyse, Stevie, and his agents at IWM for their ongoing love and support. He dedicates this performance to Lesley who always shone so bright!

Ensemble and Dance Captain — Anything Goes (2015)