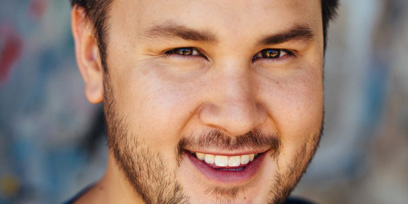 Nicholas is thrilled to be working with Opera Australia having studied voice at the Conservatorium of Music at Melbourne University. In 2010 Nicholas made his professional debut as Otto in Sydney Theatre Company’s production of Spring Awakening for which The Australian newspaper credited him as being “a beacon in the ensemble piece”. During this time he appeared on Sunrise for the Seven Network. He has appeared in the premiere production of Bare as Peter for SHooSH, Fabrizio in The Light in the Piazza and The Wild Party as Phil. Other credits include Jamie in Nick Enright and David King’s Mary Bryant for Magnormos, Young Man in Putting it Together for SHooSH, Jacob in La Cage aux Folles for Quirky Productions, and has appeared in the Production Company’s productions of Kismet and The Pirates of Penzance. Nicholas is extremely excited to be working alongside this production team and cast. Much love to Karl and my family for the support.