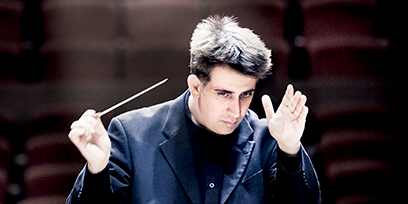 Nicholas Milton’s discography includes about 50 CD recordings.  He was nominated for a 2016 Grammy Award in the category, Best Classical Instrumental Solo, for his recording with Joseph Moog of Piano Concertos by Grieg and Moszkowski. Numerous forthcoming CD recordings with the Konzerthausorchester Berlin and the Deutsche Radio Philharmonie Saarbrücken Kaiserslautern are currently scheduled for release on the Onyx and CPO labels.

In 2016, he was named a Member of the Order of Australia (AM) for Significant Service to the Arts as Musician, Conductor and Artistic Director.