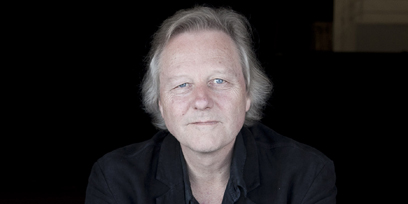 Nick Schlieper has designed for all of the major performing arts companies in Australia and works regularly in Europe and the USA. He is one of Australia’s most highly awarded designers having received six Sydney Critics Awards (two for set design and 4 for lighting design), six Melbourne Green Room Awards and 5 Helpmann Awards. He has lit many productions for Opera Australia and was lighting and associate set designer for the first Australian production of The Ring Cycle in Adelaide.

His myriad productions for Sydney Theatre Co include Playing Beatie Bow (which recently re-opened the Wharf), Dorian Gray, Wonnangatta,The Harp In The South, Chimerica, Macbeth, The Real Thing, A Flea In Her Ear, St Joan, Arturo Ui, The War of the Roses, The Season At Sarsaparilla, Waiting For Godot, The Maids, Gross und Klein and The Present as well as set and lighting for Endgame, Face To Face and Baal.

For Melbourne Theatre Co, his work includes As You Like It, Twelfth Night, Macbeth, Richard III, Hamlet, The Tempest, Poor Boy, and The Visit, as well as set and lighting for North By Northwest (with Simon Phillips), Photograph 51 and Death and The Maiden.

His international work includes productions of Lear and Medeé for the Salzburg Festival, Billy Budd and A Midsummer Night’s Dream at the Hamburg State Opera, as well as productions for The Royal Shakespeare Company, Theatr Clwyd in Wales,The Barbican in London,  Deutsches Schauspielhaus in Hamburg,Theater in der Josefstadt in Vienna, Schillertheater in Berlin, State Theatre of Bavaria in Munich and productions for the state theatres in Stuttgart and Wiesbaden. He lit Uncle Vanya and Private Confessions (both directed by Liv Ullman) for The National Theatre of Norway and Hedda Gabler, Streetcar Named Desire, Uncle Vanya and The Maids, all with Cate Blanchett, in New York and Washington. His lighting designs for The Present and Priscilla, Queen of the Desert have been seen on Broadway and Gross und Klein also travelled to Paris, London and Vienna.

Nick’s work in Music Theatre includes Priscilla, Queen of the Desert in Australia, on Broadway, and the West End, and Love Never Dies in Hamburg, Tokyo, Sydney, Melbourne and the USA.

His work with Bangarra Dance Theatre includes their acclaimed productions of Bush, Patyegarang, Bennelong and Wudjang.