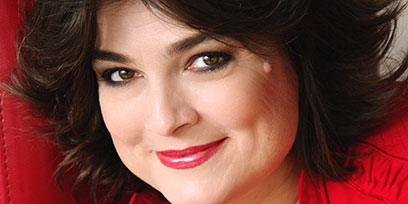 Nicole Youl is one of Australia’s leading opera singers. With a Diploma of Arts in Music from the Victorian College of the Arts where she studied singing with Dame Joan Hammond, Nicole then went on to win the Herald-Sun Aria in 1991 after which she travelled to London for further study. She was a finalist in the 1994 Placido Domingo World Operalia competition in Mexico City and won both the Metropolitan Opera Awards in 1995 and the Rome Opera Award in 1996. She also won the Australian Singing Competition’s Opera Awards in 2002.


On the concert platform, Nicole has performed as soprano soloist with the major Australian orchestras in Mahler’s Symphony No.2 and No.8, Verdi’s Requiem, Rachmaninov’s The Bells, Bruckner’s Te Deum and Strauss’ Four Last Songs and Wagner's Wesendonck Lieder. She sang Wellgunde in Götterdämmerung and Tove in Gurrelieder for the Perth Festival and Ortlinde in Die Walküre for the Sydney Symphony.


Having now made the exciting move to mezzo soprano, where she started when a student, Nicole now relishes the challenge of adding another chapter to her story.


In 2015, Nicole began her year with a sold out concert performance at Berrima Goal, she appeared with the Queensland Symphony Orchestras in their Opera Gala and 2015 Season launch and performed at the Opera in the Vineyard, at Ballandean Estate in Stanthorpe.


Nicole continues her association with Opera Australia, covering the role of Amneris in the Handa Opera on the Harbour’s Aida.


For Opera Australia, Nicole appears as Grimgerde in Die Walküre in their production of Wagner’s Ring Cycle in 2016.