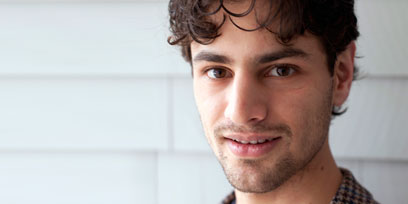 American tenor Nikhil Navkal is quickly establishing himself as one of the most exciting young tenors of his generation. He most recently performed Gennaro in Donizetti’s Lucrezia Borgia with Brooklyn's LoftOpera which was met with critical acclaim. Other recent performances include scenes of Barbiere di Siviglia by Gioachino Rossini alongside Joyce DiDonato with LoftOpera, and Dorvil in Rossini's La Scala di Seta with Festival D'Aix-en-Provence in France. In the past two years at Yale, he has interpreted the roles of Don Ramiro in Cenerentola by Rossini, and Tebaldo in I Capuleti ed I Montecchi by Vincenzo Bellini. In addition to interpreting full roles, he has also performed in opera scenes concerts including scenes from Barbiere di Siviglia and Otello by Rossini, Les Pêcheurs de Perles by Georges Bizet and Pirates of Penzance by Gilbert and Sullivan.


Navkal has also performed concert works extensively. Most recently, he performed Rossini’s Stabat Mater mass in New York. He has also performed Messiah with the Fairfield County Choral and Dodi Rosenmeyer. Under the baton of Maestro Helmuth Rilling, he has performed Antonín Dvořák's Stabat Mater with the Yale Glee Club and Yale Symphony Orchestra. He has also traveled on tour to Beijing, China as a soloist with the Yale Glee Club, performing with the Central Conservatory of Music Orchestra. Conducted by Maestro William Boughton along with the New Haven Symphony Orchestra, he performed Benjamin Britten’s St. Nicolas oratorio.


Navkal’s summer engagments covering Fernand in Donizetti’s La Favorite and performing Second Comissioner in Dialogues des Carmélites at Caramoor.  Navkal has been a young artist at Central City Opera, holds a master of music degree from Yale School of Music and Mannes Conservatory in New York and bachelor of music degree in vocal performance, with a minor in Italian, from the Indiana University Jacobs School of Music.