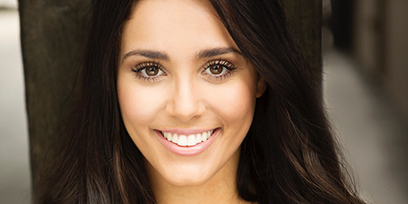 Olivia Vasquez is a recent graduate of the Australian Institute of Music, graduating with a Bachelor of Music majoring in Musical Theatre.


Since graduating, Olivia signed with Working Management and made her musical theatre debut in the Australian premiere of The Bodyguard playing Monique and understudying principal role of Nicki Marron. She went on to A Little Triangle’s production of A Little Cabaret and was also part of the premiere production of Gone Too Soon with Mama Montez Productions, which will be travelling the high seas in 2019.


Olivia also starred as lead vocalist in Dia de los Muertos Latin show, premiering In Papua New Guinea for the Skal Club. She recently starred in Blue Saint Production’s sell-out and critically acclaimed season of In The Heights at Hayes Theatre, which then made a return season at the Wyong Arts House and another sell out season at the Sydney Opera House reprising her role as Vanessa.


Olivia is thrilled to be making her Opera Australia debut as Rosalia in West Side Story on Sydney Harbour.