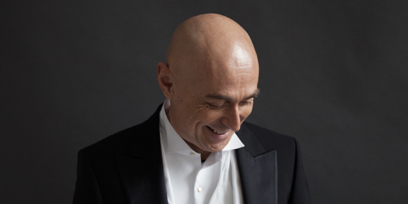 Paolo Carignani was born in Milan, where he graduated from the Giuseppe Verdi Conservatory in composition, organ and piano. He later studied conducting with renowned Italian conductor, Alceo Galliera.

He has conducted in prestigious international venues including the Staatsoper Wien, Berlin Staatsoper and Deutsche Oper Berlin, the Bayerische Staatsoper, the San Francisco War Memorial, the Met in New York, the Gran Teatre de Liceu in Barcelona, the Concertgebouw Theater Opera in Amsterdam, Royal Opera House in London, the Opera Bastille in Paris, in Oslo, Brussels, Antwerp, Glyndebourne, Spoleto, the Schleswig Holstein Festival, the Rheingau Festival and at the Rossini Opera Festival in Pesaro.

He has conducted at several premières in Amsterdam, Antwerp, at Bregenz and Salzburg Festspiele, Bruxelles, Copenhagen, Hamburg, Munich, Strasbourg, Toronto, Zurich, and is regular guest at the MET, in Barcelona, Madrid, Munich, Paris, Tokyo, Vienna, Zurich, of all the big Italian repertoire, from Mozart to Belcanto, till Verdi and the Verismo, with new creations and first modern performances of rare operas, recorded on CD and DVD for the major labels.

In 2018/19 he has made his debut at Teatro alla Scala, conducting a new production of Ali Baba e i 40 ladroni, at the Bolshoi in Un ballo in maschera, and will be back to Hamburg, Vienna and Bruxelles for new productions and revivals, as well as in Toronto, Antwerp, Munich, before making his debut in Sydney.