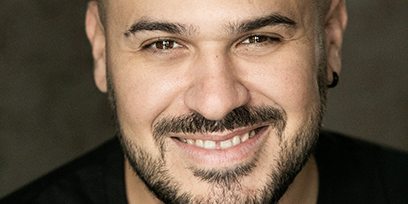 In 2007 and 2009, the CQ University Conservatorium of Music honoured Paul Tabone with the Most Promising Voice for Music Theatre award and immediately after his graduation, Paul made his operatic debut in Opera Queensland’s production of The Dirty Apple. Paul then landed the supporting role of Squelch in Love Never Dies, the sequel to Andrew Lloyd Webber’s The Phantom of the Opera. He moved to Italy in 2012 where he was a soloist in Puccini’s opera Turandot in Florence (Santa Stefano Opera). In September 2013, he performed at the New York City Centre (Broadway), Teatro Menotti (Spoleto) and then Teatro Duse in Bologna as a tenor with the Luciano Pavarotti Foundation. In 2014, Paul made his professional operatic debut as Duca di Mantova in Verdi’s Rigoletto at the Opera Natională București. He then performed as Tony in the West Side Story Suites for the Teatro Carlo Felice (Genova) and he made his debut as B.F Pinkerton in Puccini’s Madama Butterfly at the Teatro dei Gigli (Lucca). In 2015, he was invited to reprise the role of Squelch in Love Never Dies at the Stage Operettenhaus in Hamburg (Germany). Paul has concluded a four-year contract and over 1600 performances at Her Majesty’s Theatre in London’s West End, playing the role of Ubaldo Piangi in The Phantom of the Opera. Paul performed regularly for London events attended by the Duke and Duchess of Cambridge and the Duke and Duchess of Sussex. Paul released his debut album This is Me, which rose to number one on the classical crossover charts internationally. In 2022, Paul reprised the role of Piangi for Opera Australia’s Handa Opera of The Phantom of the Opera on Sydney Harbour.