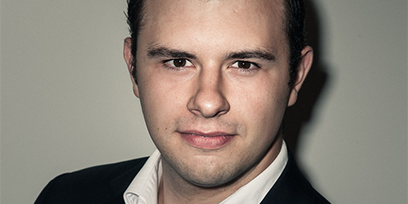 Among Pavel Petrov’s recent and upcoming engagements are such roles as Lensky in Eugene Onegin, Rodolfo in La Bohème, Cavalier Belfiore in Il viaggio a Reims for Graz Opera. He will debut at Salzburg Festival 2018 in the role of Chaplitsky in Pique Dame next to his other debut as Ferrando in Così Fan Tutte for Opera Australia.

In 2014/15 he made his debut at the Mikhailovsky Theatre St Petersburg as Alfredo in La Traviata and performed Lensky in Eugene Onegin with Theater Kiel and the Bucharest National Opera, next to other roles in Minsk. Since 2012 Pavel was a part of the ensemble of the National Opera and Ballet Theatre of Belarus where he appeared as Lensky in Eugene Onegin, Young Gypsy in Aleko , Alfredo in La Traviata, Likov in The Tsar’s Bride, Tsar Berendey in Rimsky-Korsakov’s The Snow Maiden, and Vogelsang in Mozart’s Der Schauspieldirektor.