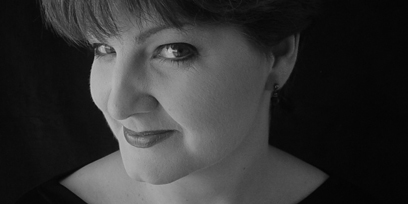 Rachael Cunningham was born in New Zealand. She has Bachelor degrees in Music and English  from the University of Canterbury in New Zealand and a Diploma in Opera from the Sydney Conservatorium of Music. During her studies, she was a recipient of the Nerissa Niblo Award. Her opera performances in Sydney Conservatorium productions include The Nightingale and The Shepherdess in L’enfant et les sortilèges and the First Priestess in Iphigénie en Tauride.


For Opera Australia, Rachael has performed the roles of Papagena,The Queen of Night and the First Lady in The Magic Flute (OA Schools Company), Barbarina in The Marriage of Figaro, First Page in Lohengrin and Strawberry-Seller in Death in Venice. She understudied the roles of Three Novices in Suor Angelica, Echo in Ariadne auf Naxos, Aennchen in Der Freischütz, Olga and Sylviane in The Merry Widow, Dew Fairy in Hansel and Gretel, A Siren in Rinaldo and Papagena in The Magic Flute.


Rachael’s other performances include the Serving Girl in Elektra (2000 Sydney Festival); Belinda in Dido and Aeneas (St James’ Church); Josephine in HMS Pinafore (Christchurch Gilbert & Sullivan Society); and as an ensemble member in Chess (New Zealand touring production). In 2002, she recorded a Lieder Recital for the ABC’s Treasury of Song series.


As a member of Opera Queensland’s 2006 Young Artist Program, Rachael made her role and Company debut as Adele in Die Fledermaus.  In 2007 she returned to perform The Dew Fairy, The Sandman and Gretel in Opera Queensland`s production of Hansel and Gretel. In 2008 Rachael was thrilled to be involved with the dynamic new Australian production of Dead Man Walking performing Sister Catherine and covering Sister Rose for Alexander productions in Sydney.