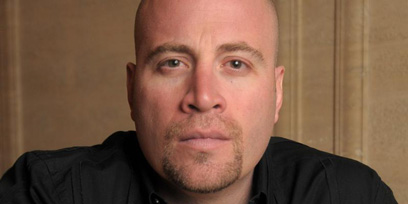 American bass Raymond Aceto has established an important presence among the world's leading opera companies and symphony orchestras. His performances continue to gather both popular and critical acclaim.


Mr. Aceto began the 2010–2011 season with the return to the Royal Opera House, Covent Garden as Sparafucile in Rigoletto and Nourabad in Les pêcheurs de perles. He reprises his interpretation of Sparafucile for the Dallas Opera, and will be seen as Sarastro in Die Zauberflöte with New Orleans Opera and as Comte des Grieux in Manon in Valencia. Further engagements include Rigoletto at Dallas Opera, Macbeth at Royal Opera House Covent Garden, Nabucco at Arena di Verona.


A highlight of Mr. Aceto's concert appearances includes a return to the Boston Symphony Orchestra in Oedipus Rex under the direction of James Levine.


2012 engagements included Aida in Chicago, Rigoletto in Pittsburgh and Don Giovanni at the MET New York. In 2013, he sang in Les vepres siciliennes in Frankfurt, Nabucco at Arena di Verona and Turandot at the Royal Opera House Covent Garden in London.


A graduate of the Metropolitan Opera's Young Artist Development Program, the Ohio-born bass has appeared frequently with the company since his debut as the Jailer in Tosca during the 1992–1993 season. In 1995 and 1996, Mr. Aceto was awarded the Richard Tucker Foundation Career Grants, and in 1994 he was a recipient of a Sullivan Foundation Award. In 1996, he traveled to Japan for performances and a recording of The Rake's Progress with Seiji Ozawa conducting. Mr. Aceto can also be heard in the role of Capellio in Teldec’s recording of I Capuleti e i Montecchi.


"Raymond Aceto oozes suave villainy as the evil Baron Scarpia, his voice a dark rumble of menace and lust as he plots to destroy Cavaradossi and conquer Tosca… intelligent characterization distinguishes Aceto’s Scarpia as more than a cartoon villain. Commanding in voice and presence, implacable in his lust for Tosca, he is nonetheless subtle in his calculations. It’s his smiling ease that confirms how dangerous he is."