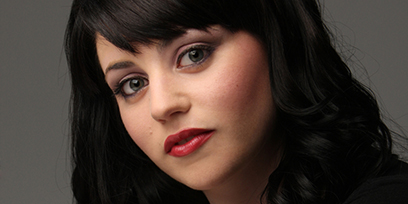 Rebecca is one of Australia’s up and coming Sopranos. Born in Melbourne, Australia she graduated at the Victorian College of the Arts and Music in 2010. At the VCAM, Rebecca played such roles of Suor Genovieffa (Suor Angelica), Papagena (The Magic Flute), Belinda, (Dido and Aeneas) and Frasquita (Carmen).

Rebecca has also received several awards such as The More Than Opera Development Grant in The German Australian Opera Grant, The Boroondara Eisteddfod Aria and The West Gippsland Drama and Music Eisteddfod Aria.

This year Rebecca will continue working as a Young Artist with Melbourne Opera in their Richard Divall Emerging Artists Programme and performing roles with Victorian Opera, The Australian International Opera Company and Opera Australia.