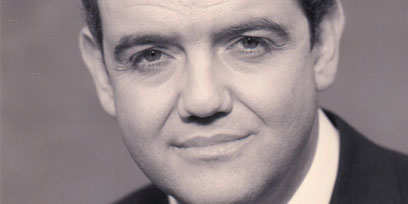 Renato Palumbo made his professional debut just barely at the age of 18 with Verdi’s Il trovatore and today has established himself of one of the most important Verdi conductors of his generation.  A recognised interpreter of a broad range of works spanning from Mozart and Rossini with a heavy focus on opera seria such as Elisabetta, Bianca e Falliero, Otello, Guillaume Tell, Palumbo’s repertoire also encompasses the works of Bellini, Donizetti and Puccini and the younger generation.  Furthermore, the maestro also conducts works of French and German repertoires including Bizet, Offenbach, Von Weber and Wagner, as well as Meyerbeer (Robert le diable and Les Huguenots) and Marschner (Hans Heiling).

Palumbo’s broad operatic repertoire is paralleled in his symphonic work which includes works of the classical period as well as those of the 20th century including Mozart, Cherubini, Schubert, Beethoven, Brahms, Dvorak, Mahler, Grieg, Hindemith and Shostakovich.

The conductor’s international career began early on when he was named Music Director of the Istanbul State Opera and Ballet, a position he also held in Capetown, at the Macao Festival, and, most recently, at the Deutsche Oper Berlin (where he holds the distinction of being the only Italian Music Director after Giuseppe Sinopoli). He is a frequent guest of the most prestigious theatres in Washington, Chicago, London, Paris, Nice, Barcelona, Bilbao. In Italy he is a regular guest of the most important operatic institutions and festivals, including La Scala di Milano, Teatro Regio in Turin, Teatro Regio Parma, Genoa’s Carlo Felice, Bari’s Piccinni, Cagliari’s Teatro Lirico, Maggio Musicale Florence, and Pesaro’s Rossini Opera Festival.