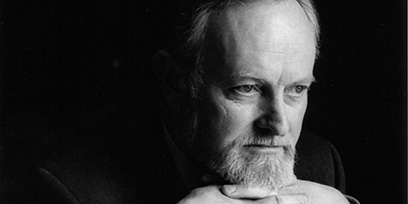 Richard Stilgoe lives in Surrey (where he was born) and has five children and two grandchildren. He writes songs, runs the Orpheus Trust and is involved in music education – most recently the Stilgoe Family Concerts (Royal Festival Hall) and the National Foundation for Youth Music. He was brought up in Liverpool, and progressed through St Agnes Church Choir and the Cavern Club to the Cambridge Footlights. Singing his songs in pubs and clubs led to appearances on the Today programme in the 1960s, and thence to Nationwide and That’s Life, as well as several series of his own. In the 1980s, he was involved in the writing of Cats, Starlight Express and The Phantom of the Opera, which continue to play all over the world. Cats and Starlight Express were the longest and second-longest running shows in British theatre history. Schools perform his musicals Bodywork and Brilliant the Dinosaur and a new work, Exit Allan, was performed at the International Festival of Musicals at Cardiff in 2002. He has presented the Schools Proms since 1988, and passed his 200th appearance on Countdown. In 1982, Richard and Peter Skellern appeared in the Royal Variety Performance. Standing star-struck in the wings watching Ethel Merman, they said, “We really ought to do something together”. Nothing happened until 1984, when the Lord’s Taverners brought them together for what has become an enduring part-time double act. They have toured the UK, Australia, Hong Kong, Gibraltar, Rome and Stockholm. The year 2000 saw the first of several farewell tours, and an appearance together at the Royal Variety Performance. In 1998, Richard founded the Orpheus Centre, which provides opportunities for disabled people to take part in the performing arts. Its students now appear all over the country, including the Royal Opera House, the Notting Hill Carnival and the Glastonbury Festival. He has two Tony nominations, three Monte Carlo Prizes, a Prix Italia, an Honorary Doctorate and an O.B.E. He was recently President of the Lord’s Taverners. His hobbies are architecture, demolition (he owns a Komatsu P.C.120 digger), cricket, sailing and his family, none of whom told him he was going to be the subject of This is Your Life in 2001.