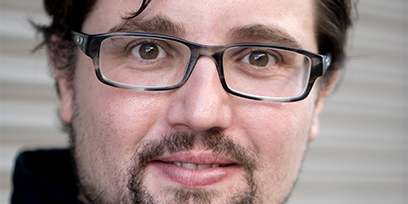 Robert Macfarlane studied at the Elder Conservatorium in Adelaide and subsequently at the Hochschule für Musik, Leipzig ‘Felix Mendelssohn-Bartoldy’ with Prof. Dr. Jeanette Favaro-Reuter, as recipient of the prestigious Thomas Elder Overseas Scholarship. He undertook extensive study of the Baroque repertoire with tenor Howard Crook and has also studied and performed with world-renowned accompanist Malcolm Martineau.  Robert Macfarlane was the winner of the Adelaide Critic’s Circle award for best individual performance in 2012 (Bach- St. John Passion), a finalist in the Lortzing Competition in Germany in 2013, and winner of the Royal Melbourne Philharmonic Aria competition in 2009.


Most recently Robert made his debut with Opera de Lyon performing Tybalt in Boris Blacher’s Roméo et Juliette, and with the Auckland Philharmonia Orchestra in the role of Pong in Turandot. He also per ormed Israel in Egypt for the Halberstädter Domfestspiele, Bach St John Passion in Belgium and Rossini’s Petite Messe for Canberra International Music Festival along with his return to the Halberstädter Domfestspiele for Haydn’s The Seasons.


His 2017 engagements included St Matthew Passion (Evangelist) with Sydney Philharmonia Choirs, The Japanese Princess and Coronation of Poppea for Lyric Opera, Carmina Burana and Belshazzar (Handel) with Adelaide Philharmonic Chorus and his debuts with Melbourne Symphony Orchestra in the Kats-Chernin version of the prologue to Monteverdi’s Orfeo and with the New Zealand Symphony Orchestra and Auckland Choral Society in Handel’s Messiah, as well as performances with The Song Company, Victoria Chorale and Royal Melbourne Philharmonic (Messiah).


This year he returns to Woodend Winter Arts Festival, The Song Company for Brett Dean’s Hamlet at the Adelaide Festival and to Auckland Choral Society for Beethoven Mass in C. Robert also performs Evangelist in St Matthew Passion for Canberra Choral Society, First Elder in Susanna for Handel In The Theatre, Messiah for Perth Symphonic Chorus, Kunz Vogelgesang and cover David in Die Meistersinger von Nürnberg for State Opera of South Australia, and Ulrich Eisslinger, also in Die Meistersinger for Opera Australia. Robert was also co-artistic creator of the Cirkidz production in Adelaide of More Guilty than the Poet.


Robert made his European Opera Debut in the virtuosic role of Ircano in Hasse’s Semiramide in Graz and Leipzig in 2014, for which he was highly acclaimed by the Austrian critics. On the opera stage, he has also sung Monostatos (The Magic Flute) for West Australian Opera


Robert is known internationally for his performances of Bach, in particular the Evangelist of the St. John and St. Matthew Passions, and was the 2008 and 2009 Bach Scholar in the St. Johns Bach Cantata program in Melbourne. He made his debut in Leipzig’s Thomaskirche in 2013 as the tenor soloist in Bach’s Mass in B Minor, with the Gewandhaus Orchestra and Thomanerchor under the direction of Georg Christoph Biller, returning the following year to perform Wär Gott nicht bei uns diese Zeit. Other acclaimed concert performances include soloist in semi-staged performances of St. Matthew Passion for Opera Queensland; Britten St Nicolas with the Adelaide Symphony Orchestra; Mozart Great Mass in C minor at St George's Cathedral, Perth; Handel's Messiah and SolomonSerenade and Les IlluminationsDie Schöne Müllerin, Winterreise and Schwanengesang and Schumann's Dichterliebe and Liederkreis with pianist Leigh Harrold, Wolf’s Italienisches Liederbuch with Anthony Legge, and for ArtSong Canberra and The Firm in Adelaide.