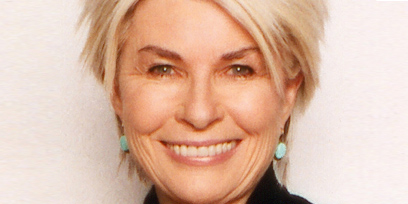 Hailed as the First Lady of the Australian theatre, Robyn Nevin graduated from the National Institute of Dramatic Art in 1960 and is acknowledged as a major influence in Australian theatre as actress, director and producer.


She has played leading roles in every major theatre company over the past fifty years, including the great classical roles for women in Macbeth, Antony And Cleopatra, Hamlet, The Merchant Of Venice, The Seagull, The Way Of The World, Cyrano De Bergerac, Lady Windermere’s Fan, Long Days Journey Into Night, The Cherry Orchard, and the male roles of Mark Antony in Julius Caesar, the Fool in King Lear and Lear. She is currently in rehearsal for All My Sons.


Robyn’s other theatre credits include Suddenly Last Summer, The Year Of Magical Thinking, Love-Lies-Bleeding, Woman In Mind, Big And Little, Masterclass, Other Desert Cities, August: Osage County, The Breath Of Life, Amy’s View, Apologia, The Drowsy Chaperone, Diving For Pearls, The Women Of Troy and the Australian classics The Summer Of The Seventeenth Doll, Ham Funeral and A Cheery Soul.


Robyn’s film credits include Careful He Might Hear You, Caddie, The Irishman, Ruben Guthrie, The Turning, The Eye Of The Storm, The Castle, Emerald City and the Matrix films. Her recent television credits include Top Of The Lake, and her award-winning performance as Shasta in Water Under The Bridge. Robyn has just completed filming the third season of Upper Middle Bogan. Robyn directed the film The More Things Change for which she won a Sydney Critics' Circle award for Best Director.


As director her productions include A Dolls House, Heartbreak House, A Month in the Country, The Philadelphia Story, Summer Rain and Hedda Gabler which introduced Cate Blanchett to New York theatre audiences when it travelled to Brooklyn Academy of Music.


Her most recent awards include a Helpmann Award for Best Female Actor in a Supporting Role in a Play for Belvoir’s productions of Angels in America and Summer of the Seventeenth Doll, a Green Room Award for Best Female Performer for August: Osage County, a Helpmann Award for Best Female Actor in a Play for Women of Troy, and a Sydney Critics’ Circle Award for Long Day’s Journey into Night, which played in Sydney and the US. In 1999 Robyn received an Honorary Doctorate from the University of Tasmania, and in 2004 she gave the Australia Day address. In recognition of her contribution to the performing arts Robyn Nevin was awarded a Member of the Order of Australia.