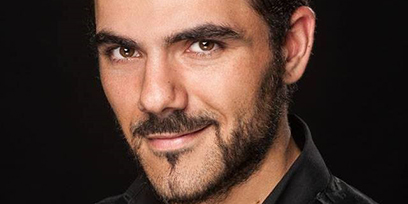 Born and raised in Naples, Rocco has been studying since the young age of 12 with Maestra Alessandra Lepore, the with Alda Borrelli Morgan, and Noemi Nadelmann.

In 2004 entered the Conservatorium of Music of Naples and the same year performed for the opening of Marcia Hines’ concert.

He has been perfoming in different Opera Productions like Moses in Egypt and I due Figaro for the 2006 Rossini Opera Festival(Germany).

In 2008 he performed in the role of Amelia’s Servant and of the First judge in the Opera Un ballo in maschera at the Mauro Pagano Opera Theater.

In December 2010 he sang in a serial of Operetta shows as Follie del Cafe’ Chantant at Troisi Opera Theater of Naples with the most famous show girl and actress Patrizia Pellegrino.

In 2012 he was selected to enter the Sanremo Song Festival Academy and classified himself in the finalists.

In 2014 Rocco has won the Scholarship with Pacific Opera and performed in the Opera The Gondoliers in the role of Marco, at the Riverside Theater, participated at Gale Edwards’ Masterclass and in different concerts in the State Library.

From 2015-18 Rocco has been performing as Chorus member in different Opera Australia’s productions, like The Eighth Wonder, Parsifal, Requiem, and Aida. Has also performed as guest in different shows and events like the 2018 Italian Opera Foundation Gala Concert, and at the 2018 Lebanese Chamber of Commerce Award.