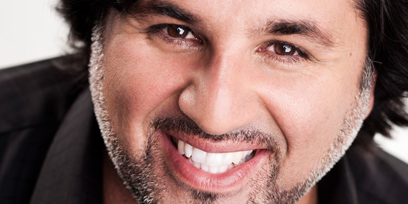 He made his Opera Australia debut as Cavaradossi (Tosca) in 2005 and has subsequently appeared for the national company as Radames (Aida) The Prince (Love for Three Oranges), Alfredo (La traviata), Pinkerton (Madama Butterfly), The Duke (Rigoletto), The Prince (Rusalka), Calaf (Turandot), Macduff (Macbeth), Rodolfo (La bohème), Don José (Carmen) and the title role in The Tales of Hoffmann.  His American debut was as Rodolfo for Seattle Opera in 2007; he returned to Seattle as Radames and made his first Canadian appearances in this same role.

Rosario has also been a regular soloist with the Sydney, Melbourne, Queensland and Adelaide Symphony Orchestras and appears on the CD/DVD Classical Spectacular with the Melbourne Symphony (ABC Classics).  Other recordings include Puccini Romance with the Queensland Symphony (ABC Classics), The Prince in Rusalka under Richard Hickox (Chandos) and, in 2009, a major solo album released by Universal Music featuring Rosario with the Orchestre Philharmonique de Monte Carlo. His 2010 Universal duo release Always You (with his sister, Anna-Maria La Spina) shot straight to the top of the classical charts in Australia.

His celebrated portrayals of Turiddu and Canio were featured at the Luglio Musicale Trapanese in 2019 and for Festival Opera, New Zealand in 2020. Future engagements include his debut as Siegmund in Opera Australia’s new production of Die Walküre, Rodolfo (La bohème) for State Opera of South Australia and Pinkerton (Madama Butterfly) in Belgium.