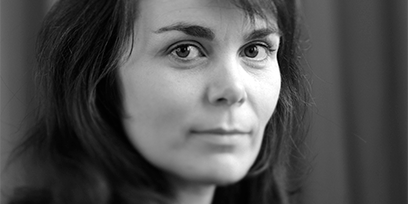 Sabine Theunissen studied architecture in Brussels. After spending one year at the technical office of La Scala of Milan, she joined the Royal Theater of La Monnaie (Brussels) where she worked 17 years in the design office.

Based in Brussels, she is simultaneously working with other directors and choreographers, among which is her sister Hélène Theunissen for whom she designed sets for La Dispute, Marrakech (Brussels 2012), and Midsummer Night’s Dream,(Brussels 2017).

She recently designed sets for Bug, and Othello staged by Aurore Fattier. She also collaborated with the choreographer Michèle Noiret for Hors Champs (2015) and Radioscopie (2016), as well as with the director Lillo Baur for Ariane and Barbe Bleue (Opera de Dijon 2012).

Sabine continues giving back to the community and is frequently invited to give lectures at schools which specialise in art and architecture such as Stockholm University, Pavillon Bosio (Monaco), La Cambre (Brussels), Fine Art School (Tournai), and Eye Museum (Amsterdam).