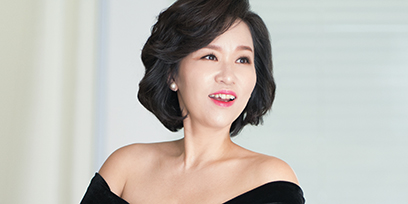 Sae-Kyung Rim is an impressive, dramatic Verdian/Verismo soprano with a strong voice, rich in nuances and colors.

She has won several international competitions in singing, including the “Giambattista Viotti” in Vercelli.

Sae-Kyung Rim graduated in singing at the Conservatory “Giuseppe Verdi” in Milan and in the course for opera singers Soloists dell ‘Accademia del Teatro alla Scala with Leyla Gencer.