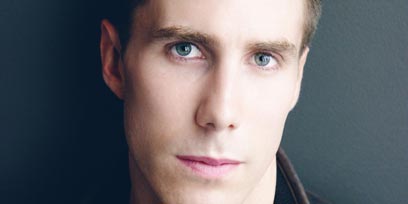 Sam Roberts-Smith graduated in 2008 with a Bachelor of Music and Graduate Diploma in Opera from The Western Australian Academy of Performing Arts. He joined Opera Australia in 2009 and was invited to join the Moffatt Oxenbould Young Artist Program in 2012.


Sam has been awarded numerous prizes including First place in the 2009 Australian Singing Competition, The Joan Sutherland Society Scholarship and the Symphony Australia Young Vocalist Award.


Sam made his Opera Australia principal debut in 2011 as Moralès in Carmen, followed by performances of The Imperial Commissioner and Yamadori in Madama Buttefly. Last year Sam began retraining as a Tenor. Since then his roles have included First Armoured Man in The Magic Flute. Lysander in A Midsummer Night’s Dream, Don Ottavio in Don Giovanni, and has covered Ferrando in Così fan tutte.


Sam has appeared in a number of concerts, including Mahler’s Lieder eines fahrenden Gesellen with the Australia Ensemble, recitals for ABC Classic FM, and as a guest artist for both Dame Joan Sutherland’s 80th Birthday Gala and Richard Bonynge’s 80th Birthday Gala.