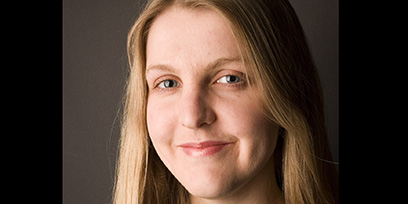 Born in Tasmania, Sarah Jane completed her Bachelor of Music with Honours at Elder Conservatorium in South Australia in 2006. She joined the State Opera of South Australia Chorus in 2007, and was a John and Diana Ramsay Young Artist in 2014 and 2015. In 2016, she appeared as First Sprite in The Magic Flute and Adele in Die Fledermaus for the State Opera of South Australia, a role she will reprise later this year. Most recently, she was a chorus member of the acclaimed Adelaide Festival revival of the Glyndebourne production of Saul, directed by Barrie Kosky.


Since 2008, Sarah has toured within South Australia as well as nationally and internationally with Co-Opera, with whom her engagements have included Barbarina and Susannah (Le Nozze di Figaro), Rosalinda (Die Fledermaus), Yum Yum (The Mikado) and Sesto (La Clemenza di Tito). She has appeared for the Gilbert and Sullivan Society of South Australia as Mabel (The Pirates of Penzance) and Josephine (HMS Pinafore), and has performed as a soloist with many Adelaide music groups, including Various People Inc., Adelaide Chamber Singers and Unley Symphony Orchestra.


Sarah was a South Australian state finalist in the Young Performer's Awards in 2005, 2006 and 2012, won the Barbara Howard Vocal Prize in 2006, the Arnold Matters Vocal Scholarship in 2014 and the Friends of the State Opera of South Australia Dawn Wallace Award in 2015. Last year, she participated in the WAAPA International Art Song Academy, working with Dr Graham Johnson and Dame Felicity Lott.