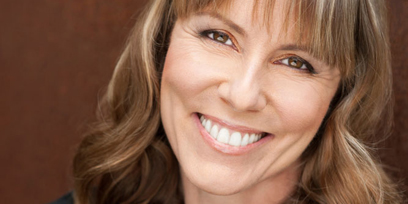 Sarah recently performed the role of Fricka for Melbourne Opera’s Das Rheingold in 2021 and Die Walküre in 2022, reprising the role in 2023 for the their Ring Cycle.  “As Fricka, Sarah Sweeting was immensely potent.  Her mezzo-soprano is a volatile instrument which commands the stage and accepted no excuses from her husband”  (Concertonet)

Receiving Green Room Award Nominations for her performances in the roles of Venus and Ortrud for Melbourne Opera’s productions of Tannhäuser and Lohengrin, she gained critical acclaim performing the role of Brangäne in their highly successful production of Tristan & Isolde.  “The evil and crazed Ortrud who mezzo soprano Sarah Sweeting conjures with magnificent, threateningly carved and luscious-voiced cunningness” (Herald Sun)

On the concert platform, Sarah appeared as a soloist at the Royal Opera House, Linbury Theatre for the Covent Garden Festival, John McCabe’s Notturni Ed Alba at the Westminster Central Hall, Opera performances at the Barbican, Queen Elizabeth Hall and the Royal Albert Hall London, Beethoven’s 9th Symphony at the Sydney Opera House Concert Hall, Die Erste Walpurgisnacht (Mendelssohn), with the Willoughby Symphony Orchestra and with the Tall Poppeas at the Armidale Bach Music Festival.  She also starred in the opening gala for the Melbourne Fashion Week.

For Opera Australia, Sarah sang the role of Annina for the inaugural Handa Opera on Sydney Harbour and toured performing Annina and Flora in La Traviata. She has also covered roles in Cavalleria Rusticana, King Roger and in Dido & Aeneas. Sarah will be continuing her association with Opera Australia in 2023, performing Berta in their National Tour of The Barber of Seville and covering Fricka in their Brisbane Ring Cycle.