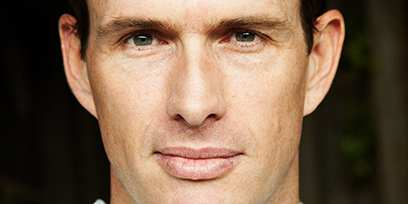 Over his twenty-year-plus career Scott has established himself as one of Australia’s leading men, collecting an impressive list of credits: including Corny Collins in Hairspray (Helpmann Award nomination), Gaston in Beauty and the Beast (Mo Award nomination), Enjolras in the 10th anniversary tour of Les Misérables, King Arthur in Camelot, Billy Bigelow in Carousel, Lieutenant Pinkerton in Cho Cho and Fred/Petruchio in Kiss Me Kate. Other theatre credits include: Grease, The New Rocky Horror Show, The Full Monty, Company, High School Musical, Annie Get Your Gun, The Sign of the Seahorse, Secret Bridesmaids’ Business, Every Single Saturday, High Society and Truth Beauty & a Picture of You


More recently Scott was seen in the world premiere of the one-man show, A Sign of the Times.  He toured the country with They’re Playing Our Song in the role of Vernon Gersch. Scott also played Mack Sennett in Mack and Mabel at The Hayes Theatre, and has been involved in the movement to remount the Australian classic Lola Montez.


Scott has appeared on The Midday Show, Good Morning Australia, The Today Show, Sunrise, Mornings with Kerrie-Anne, IMT, Hey Hey It’s Saturday and many more. He has also appeared in the TV dramas Blue Heelers, Police Rescue and Home and Away.


Film credits include: My Pet Monster, Passion and Razzle Dazzle!


Scott has performed in countless concerts and corporate events both as a soloist and a member of The Leading Men, The Rat Pack Reloaded and most recently Kings of Croon.