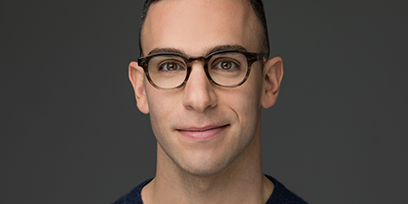 Seth Sklar-Heyn recently directed the new production of The Phantom of the Opera that reopened Her Majesty’s Theatre in London’s West End in August 2021, as well as the 2020 UK/Ireland tour of The Phantom of the Opera (both based on Harold Prince’s original staging). Previously, Seth directed the US tour of Frost/Nixon, starring Stacy Keach and Alan Cox, and the US tour of Evita (both based on Michael Grandage’s original staging).

Seth has served as Executive Producer for Cameron Mackintosh Inc. for North American productions since 2013, supervising the 2013 North American tour of Cameron Mackintosh’s new production of Andrew Lloyd Webber’s The Phantom of the Opera directed by Laurence Connor (for which Seth also served as Associate Director), the 2014 Broadway revival of Les Misérables, the 2017 Broadway revival of Miss Saigon (also Associate Director), the 2017 North American tour of Les Misérables, and the 2018 North American tour of Miss Saigon (also Associate Director). He has been the Production Supervisor for The Phantom of the Opera on Broadway since 2012 and has worked as an associate or assistant director on many other Broadway productions, including: Evita, A Little Night Music, Finian’s Rainbow, Good Vibrations, Mary Stuart, Rock’n’Roll, Frost/Nixon, and The Coast of Utopia. Seth was also Resident Director for the second US tour of Billy Elliot. He is a graduate of Vassar College.