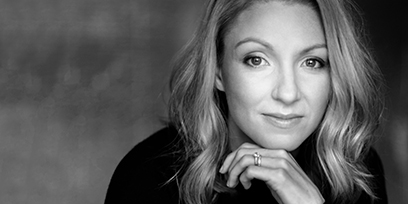 Shannon grew up in the Central Queensland town of Gladstone which is where her love of dance began. At the age of 15 she moved to Brisbane where she studied ballet full time at Queensland Dance School of Excellence before completing a Diploma of Performing Arts at ED5 International in Sydney. She has since obtained a diploma in Professional Pilates Instruction through PITC. With a technical and gymnastic background, Shannon is drawn to strong, athletic, dynamic and stylized movement from a range of genres and styles.

Shannon has had international contracts in Macau (Dance Captain) and with Princess Cruises and has made regular television appearances on The X Factor, The Voice, Australian Idol, Australia’s Next Top Model and more. She has worked with both Australian and International artists including Ricky Martin, Jessica Mauboy, Ricki Lee, Red Foo and Sneaky Sound System. She has also appeared in films and music videos and performed at countless events including the Glasgow Commonwealth Games Closing Ceremony.

Since the birth of her two gorgeous children, Shannon has enjoyed the shift in both her personal and professional life. Stepping out of the spotlight and into more creative roles, Shannon was assistant choreographer to Kelley Abbey for Opera Australia’s 2019 production of Salome. She has choreographed for a number of award ceremonies and events including the Netball World Cup Opening Ceremony and has had the pleasure of creating work for Grayboy the Agency, Kermond Creative, Lovegrove Entertainment and ED5 international .

Shannon had a magical experience dancing in the 2012 production of La Traviata on Sydney Harbour.