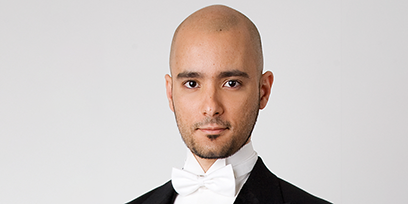 Indian-born tenor Shanul Sharma began as a heavy metal vocalist releasing three studio albums. He made his debut with Opera Australia as Don Ramiro in La Cenerentola, and has since sung Il Conte di Libenskof in Il viaggio a Reims, The Student in The Ghost Sonata, and has featured at Opera in the Domain.

Shanul holds an MA in Advanced Vocal Studies from the Wales International Academy of Voice, Cardiff, is winner of the Rossini International Award from Pesaro, Italy and alumnus of Opera Australia’s Moffatt Oxenbould Young Artist Program 2018-2021.