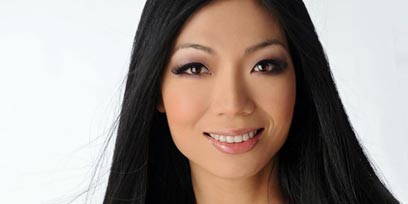 In 2018, Sharon Zhai will make her Opera Australia début – as Cio-Cio-San in the touring production of Madama Butterfly.


Chinese-born, Sharon graduated in Opera Performance from the Central Conservatory of Music, Beijing before obtaining a Masters in Music from the Sydney Conservatorium of Music. She was awarded a Distinguished Talent Visa by the Australian Governement and has recently returned to Sydney having spent 8 years based in Italy.


Her many performances in principal roles have included: Zerlina (Don Giovanni) in Codroipo and Triste; Anna (Nabucco) in Cremona, Brescia, Como and Pavia; Gilda (Rigoletto) in Saluzzo; Desdemona (Carlo Pedini’s Jago) for the International Opera Theater of Philadelphia; Liù (Turandot) at the Teatro San Giovanni Bosco di Bergamo and many roles in Puccini’s Il Trittico for the Macau International Music Festival, China.