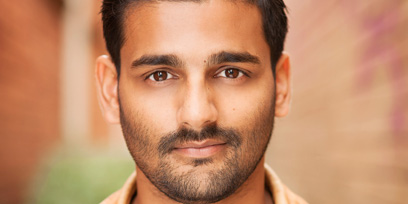 Shoumendu Schornikow completed a Bachelor of Music (Performance) at the University of Melbourne, majoring in Classical Voice in 2011. Shoumendu has since performed with many of Australia’s leading opera companies including Opera Australia, Victorian Opera, Melbourne Opera and the Lyric Opera of Melbourne, as well as appearing on recordings for ABC Classics and on National Radio. Recently, Shoumendu has performed with Opera Australia in productions of La Boheme, The Barber of Seville, The Pearlfishers, and Don Carlos. In addition to his opera work, Shoumendu also works as an actor, having appeared in multiple national advertising campaigns for companies such as Coles and BridgeClimb Sydney.

Shoumendu has appeared with Melbourne Opera as a soloist in numerous concert settings and as the Baritone Soloist with the Melbourne University Faculty of Music Choir in Vaughan Williams’ Five Mystical Songs. A past residential Choral Scholar with Trinity College, Shoumendu has toured to America and New Zealand with the Trinity College choir and has sung on their CDs, ‘Mystical Songs’ and ‘Angels’.