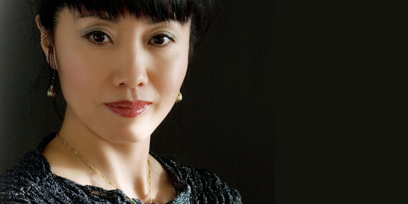 Shu-Cheen Yu appears as Lady Thiang in The King and I.


Born in China, Shu-Cheen Yu began her career as a child star in Chinese traditional opera. She went on to become one of China’s best folk singers and a principal artist with the Shan-Xi province Beijing Opera Company as well as China’s prestigious National Oriental Song and Dance Company. She made regular broadcasts on Television China and on Radio Beijing and released five successful albums.


Since arriving in Australia in 1987, Shu-Cheen has performed in Opera Australia productions of Der Freischütz (Annchen), The Elixir of Love (Giannetta), The Marriage of Figaro (Barbarina), Rigoletto (the Page), Werther (Katchen) and The Coronation of Poppea (Drusilla).


She has also performed in a special version of Madama Butterfly for Parramatta Riverside Theatres. Other roles include Judou in Julian Yu’s The Possessed for Chamber Made Opera in Melbourne, for which she was nominated for a Green Room Award and Helpmann Award, the Woodbird in Wagner’s Siegfried as part of the State Opera of South Australia’s Ring Cycle and for the Sydney Symphony Orchestra, the Virgin Mary in Peter Sellars’ production of El Nino for the Adelaide Festival, Papagena in The Magic Flute for the Melbourne Opera Company, and the title role in Purcell’s The Fairy Queen for The Song Company.


Shu-Cheen’s concert work has included Handel’s Solomon, Handel’s Samson and Carl Orff’s Carmina Burana for the Sydney Philharmonia Choir. She also appeared as a soloist with the SSO in their Olympic Arts Festival performance of Mahler’s 8th Symphony and with the Sydney Youth Orchestra, the Willoughby Symphony Orchestra and the Melbourne Symphony Orchestra Chamber Ensemble. She has also performed at many festivals, gala concerts and corporate events.


She has also appeared in the musical Chess at the Theatre Royal and played Tuptim in John Frost’s 1991 production of The King and I and has recorded three best-selling CDs for ABC Classics: Lotus Moon, Willow Spirit Song and Serenade.


The recipient of many awards, she was the winner of the Australian Regional Finals of the Metropolitan Opera New York auditions in 1992 and the Shell Royal Opera House Covent Garden Scholarship in 1994.