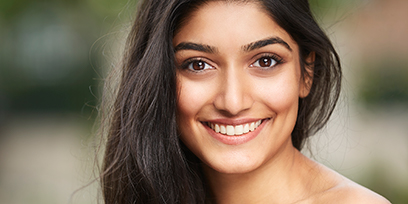 Shubshri is a graduate of the Queensland Conservatorium of Music, Griffith University, holding a Bachelor of Musical Theatre.

Having launched her professional career, playing the role of Princess Jasmine in the national tour of Disney’s Aladdin, Shubshri is fast becoming a sought-after performer. Her credits include Brianna in Belvoir’s national tour of Fangirls, Ismene in Antigone with Queensland Theatre and The Pearlfishers with Opera Queensland. In 2020, she was cast in the role of Pritti Pasha in Everybody’s Talking About Jamie; unfortunately, due to the Covid-19 pandemic, the production was not staged.

A Brisbane based performer, she has also appeared many times as a featured artist with the Queensland Pops Orchestra, most recently in their 2019 NYE Variety Gala, the 2017 Spirit of Christmas at QPAC and An Evening with Liz Callaway, performing a duet with Liz.

As a woman of South Asian heritage, Shubshri is proud and honoured to be taking on the role of Ella.