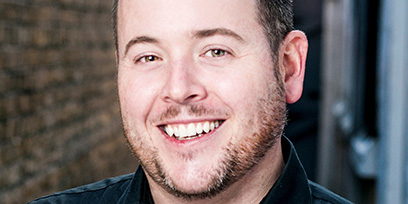 Simon was the Associate Musical Director of the World Tour of The Phantom Of The Opera (2013 – 2015), A Funny Thing Happened On The Way To The Forum starring Geoffrey Rush, and the acclaimed Australian production of Love Never Dies (lilmed for DVD/Blu-ray with Simon conducting the prerecords under supervision from Andrew Lloyd Webber), where he served as Acting Musical Director for several months. This included conducting at the Sydney Opera House for the 2011 Helpmann Awards.

Simon has toured Australia with David Campbell on his “Broadway” Tour (also recorded for DVD), received a Green Room Award nomination as the Musical Director for Starting Here, Starting Now at the Arts Centre Melbourne, and was the Artist-In-Residence Musical Director for both Urinetown with the University of Ballarat Arts Academy and Showbites with Victorian College of the Arts. In 2010, Simon toured the United Kingdom with the Midnite Youth Theatre Company performing his own musical The Travelling, which included a sell-out performance at Sadler’s Wells Theatre in London.

Other Musical Direction credits include The Last Five Years, Into The Woods, Rent, Hair and The Marriage Of Figaro with his own theatre company, yellow glass theatre. Simon has also played for Les Miserables, Irene (with Debbie Reynolds), Miss Saigon and Wicked in Australia.