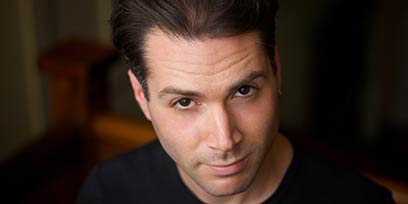 Born in Sydney of Egyptian parents and brought up in Brussels, Simon Lobelson gained his Bachelor of Music with First Class Honours from the University of Sydney and completed his Opera Diploma with distinction at The Royal College of Music on scholarship under Roderick Earle, with further studies under Sir Donald McIntyre, and continued his career in the United Kingdom for 9 years. He is fluent in almost four European languages; has sung in many masterclasses for some of the most revered names in the opera world; is the recipient of numerous awards and scholarships; and has since worked as a soloist in Australia, the Middle East, New Zealand, Asia, the United Kingdom and Europe.


Current projects include the title role of Gregor Samsa in Metamorphosis for Opera Australia in Sydney and Melbourne, the title role in Handel’s Saul with Sydney Philharmonia Choirs at the Sydney Opera House, Le Berger in Debussy’s Pelléas et Mélisande with Sydney Symphony Orchestra, Opera Galas in China, various programs with The Song Company for the Canberra International Music Festival, Giambattista in Biographica for the Sydney Festival and Sydney Chamber Opera, Saint-Säens’ Requiem with Sydney University Graduate Choir and Junius in The Rape of Lucretia  for Sydney Chamber Opera, Victorian Opera, Tasmanian Symphony Orchestra and Dark Mofo Festival.


His recordings include The Sofa for Chandos, Haydn’s Nelson Mass and Nicolai Mass for Israel Camerata, Purcell’s The Fairy Queen and Charpentier’s David et Jonathas for ABC Classics; broadcasts for Classic FM, Fine Music FM, Foxtel and BBC Radio 3; on soundtracks to exhibitions at both the Australian and British Museums, and on the inflight soundtrack for British Airways and Qantas flights. Simon is also a lecturer and coach at the Sydney Conservatorium of Music, a judge for the Sydney Eisteddfod, has coached for Pinchgut Opera and has given masterclasses in both Australia and China.


Simon Lobelson is supported by Vic and Katie French