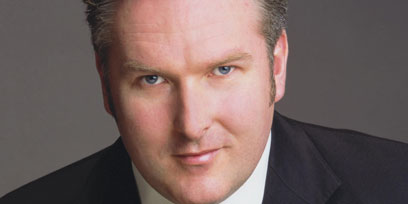 
Simon’s performances as Siegmund in Die Walküre at the Royal Opera House, Covent Garden with Pappano, Teatro alla Scala and Berlin Staatsoper with Barenboim, at the Metropolitan Opera with Runnicles in the celebrated Otto Schenk production returning with Luisi in the Lepage Ring Cycle and in the Götz Friedrich production at Deutsche Oper Berlin with Rattle were performed to wide critical acclaim. He was described in the international press as "an exemplary Siegmund, terrific of voice", "THE Wagnerian tenor of his generation" and "a turbo-charged tenor".


Notable debuts have included; the Royal Opera House (2005) Jenik in The Bartered Bride with Mackerras, the Salzburg Festival (2005) in Die Zauberflöte with Muti, the Metropolitan Opera (2006) as the Gran Sacerdote in Idomeneo with Levine, Opera Australia (2009) as Sergei in Shostakovich's Lady Macbeth of Mtsensk with Armstrong, Siegmund in Die Walküre at Teatro alla Scala (2010) with Barenboim and the Bayerische Staatsoper with Nagano (2013), the Bayreuth Festival in the title roles of Lohengrin with Nelsons (2010) and Parsifal with Gatti (2011), Chairman Mao in Nixon in China with Renes with the San Francisco Opera (2012), and the Wiener Staatsoper (2012) in the title role of Parsifal with Thielemann.


Simon made his Bayreuth festival debut in the title of Lohengrin in the new Hans Neuenfels production and returned as Parsifal in the celebrated Stefan Herheim production. Other recent engagements have included opening La Scala's season as Siegmund in Die Walküre with Barenboim, the Wiener Staatsoper with Welser-Möst, his return as Siegmund in the celebrated Keith Warner Ring Cycle, Lohengrin, Fidelio, Stolzing in Die Meistersinger von Nürnbergand the title role of Parsifal in the new Stephen Langridge production at the Royal Opera House Covent Garden, the Tambourmajor in Wozzeck with Levine at the Metropolitan Opera, Cavaradossi in Tosca in Tokyo, Berlin and Hamburg, Fidelio at Houston Grand Opera and Siegmund at both the Berlin and Hamburg Staatsoper. Simon also made his debut in the role of Siegfried in concert performances of Götterdämmerung with the Orquesta Sinfonica Galicia and reprised Parsifal with the Balthasar-Neumann Ensemble and Hengelbrock at Teatro Real Madrid.


At extremely short notice Simon made his debut in the title role of Verdi’s Otello in concert at the Barbican with the London Symphony Orchestra, conducted by Sir Colin Davis (2009). His performance was widely acclaimed by critics, who described his musical and dramatic portrayal of the infamous protagonist as “thrilling”, “a triumph”, “an immense performance” “a tremendous debut in the title-role, giving notice that he is the best heroic tenor to emerge over the last decade.”


Simon has appeared in many of the world’s leading concert halls including Carnegie Hall for Das Lied von der Erde with Levine and The Met Orchestra and Missa Solemnis with the Boston Symphony, Florestan in Fidelio at both the Salzburg Festival and BBC Proms with Barenboim and with the National Symphony Orchestra and Eschenbach at the Kennedy Center, Gurrelieder in the BBC Proms at the Royal Albert Hall, Das Lied von der Erde and Parsifal in concert at Accademia Nazionale di Santa Cecilia with Pappano and Gatti, Parsifal Act 3 with Nelsons and the Bayerischer Rundfunks Orchestra at the Munich Herkulesaal, Der Freischütz with Sir Colin Davis and the London Symphony Orchestra, Janacek’s Glagolitic Mass with Dutoit at Tokyo’s NHK Hall and with Boulez in the BBC Proms at the Royal Albert Hall, Mahler’s Symphony No.8 at the Sydney Opera House with Ashkenazy and Beethoven’s Symphony No.9 for the reopening of London’s Royal Festival Hall. He also had the honour of touring Europe with Daniel Barenboim and the West-Eastern Divan Orchestra performing Act I Die Walküre in concert and performing complete the Ring Cycle with the Staatskapelle Berlin at the BBC Proms.


His discography includes his debut solo award winning album; Father and Son, Wagner Scenes and Arias (Lohengrin, Parsifal, Siegmund and Siegfried) with Pietari Inkinen and the NZSO for EMI, the title role of Otello and Max in Der Freischütz with Sir Colin Davis for LSO Live, Die Walküre on Blu-ray and DVD with Daniel Barenboim from La Scala, Die Zauberflöte for the Salzburg Festival Mozart 25 DVD with Riccardo Muti, Mahler’s Symphony No.8 with Vladimir Ashkenanzy and the Sydney Symphony, Beethoven Symphony No.9 with Deutsche Kammerphilharmonie and Paavo Järvi and the Montreal Symphony Orchestra with Kent Nagano, Frank Martin’s Der Sturm with the Netherlands Radio Symphony and Thierry Fischer, Chauson’s Le Roi Arthus with Leon Botstein and the BBC Symphony Orchestra and most recently Voices of German Opera from EMI.


Simon O’Neill is an alumnus of the University of Otago, Victoria University of Wellington, the Manhattan School of Music and the Juilliard Opera Center. He is a Fulbright Scholar, was awarded the 2005 Arts Laureate of New Zealand and was a grand finalist in the 2002 Metropolitan Opera National Auditions returning as guest artist in 2007. He also appears on the 1998 New Zealand one-dollar performing arts postage stamp.