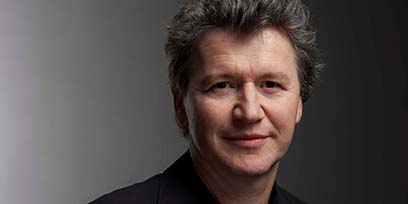 Simon began his career in New Zealand before immigrating to Australia in 1984 to take up a position as lecturer and director at the West Australian Academy for Performing Arts. He was an associate director at the Melbourne Theatre Company from 1987 to 1989 before being appointed Artistic Director of the State Theatre Company of South Australia from 1990 to 1993. He returned to the Melbourne Theatre Company as Artistic Director from 2000 to 2011, overseeing the design and construction of the company’s new headquarters and the Southbank Theatre.

His directing credits range from new works to contemporary and Shakespearean classics to musicals to opera.  He has directed works by most of the great contemporary writers, as well as the premieres of many works by leading Australian writers, including David Williamson, Hannie Rayson, Stephen Sewell, Matt Cameron and Joanna Murray-Smith.

Simon’s musical credits in Australia include Priscilla, Queen of the Desert (which has had numerous international seasons including the West End and Broadway), the new Australasian version of Andrew Lloyd Webber’s Love Never Dies (which was filmed by Universal, has had seasons in Tokyo and Hamburg, and the USA), A Funny Thing Happened on the Way to the Forum, The Drowsy Chaperone, The Twenty-Fifth Annual Putnam County Spelling Bee, Urinetown the Musical, Company, The Threepenny Opera, Cabaret, Dream Lover – the Bobby Darin Musical and two adaptations by his wife, Carolyn Burns: High Society (which also toured the UK) and Ladies in Black, which won the Helpmann for best new Australian work. In 2018 Simon’s production of Muriel’s Wedding, the Musical opened to public and critical acclaim in Sydney.

Simon’s opera credits include The Turk in Italy, L’Elisir d’Amore, Falstaff, La Bohème and Lulu for Opera Australia, The Magic Flute and Don Giovanni for Opera New Zealand and A Midsummer Night’s Dream and Billy Budd for Hamburg State Opera.