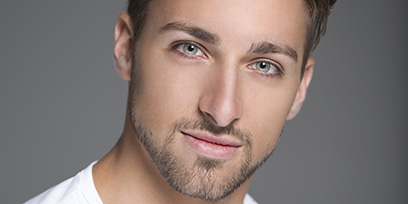 Simon started his professional career after completing his training in 2012 at ED5 International Performing Arts College with a Certificate IV and Diploma in Performing Arts. He moved to London in 2014 to join 201 Dance Company with their touring contemporary dance show If Your Leave, which toured throughout the United Kingdom. In early 2016 he relocated back to Australia to work alongside other national and international choreographers in Creative Generation State Schools On Stage. Simon appeared in a project for Sony Japan, as a Neanderthal Shaman/Witch Doctor in an Evolution documentary on Japanese television, and has just recently finished a season as part of the ensemble with Opera Australia in the Australian Premiere of The Nose, a Dmitri Shostakovich opera directed by Barrie Kosky.


Simon is thrilled to be making his musical theatre debut with Opera Australia and GFO in this production of Evita and would like to thank his family for their guidance and support. He would also like to express gratitude to Grayboy The Agency, ED5 International and everyone who contributed to guiding him to become the performer he is today.