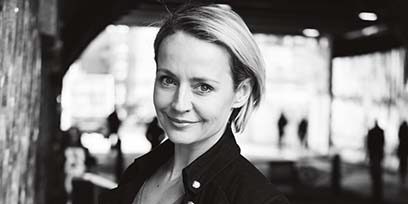 In 1999 Simone was asked to join Graeme Murphy’s prestigious Sydney Dance Company, dancing many principal roles during her six-year tenure.

Simone has performed in many productions including The Phantom of the Opera (Australia), Chicago (London and Australia), Les Liaisons Dangereuses (Sadlers Wells London), Sinatra at The London Palladium and On The Town (London and Paris).

Films that Simone has been involved with include Disney’s Beauty and the Beast, Sweeney Todd and Alice in Wonderland with Oscar nominated director Tim Burton. Simone had the honour of singing the demo track Take It All for director Rob Marshall’s film Nine.

As a choreographer and director, Simone’s talents have made her a much sought after creative all over the world and her work encompasses workshops for major West End productions such as The Wizard of Oz, Flashdance and Shoes.

Simone has most recently returned from Broadway where, as Associate Choreographer, she worked on the West End’s transfer of Marianne Elliott’s production of Stephen Sondheim’s Company. Prior to this Simone worked on the London Production of the show.

In 2019 Simone directed and staged Andrew Lloyd Webber’s Cinderella workshop at the Other Palace, London and is the Associate Choreographer of Love Never Dies (worldwide / Germany / Japan / USA).

She has choreographed for numerous television shows including Classical Brit Awards, Strictly Come Dancing BBC, Baby Ballroom UK and various TV commercials. She has also created work for The Pet Shop Boys’ The Most Incredible Thing.

Simone is thrilled to return to Australia and choreograph this brand new and exciting version of this much loved show for Really Useful Group and Opera Australia.