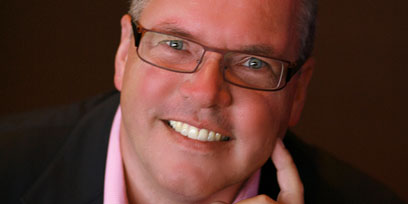 The German tenor completed his master’s degree in singing, vocal pedagogy, and sacred music at the Music Academy of Cologne.

From 1999 to 2005, Stefan Vinke was engaged to sing the young heroic tenor-roles at the Nationaltheater Mannheim, such as Tristan, Florestan, Parsifal, Lohengrin, Siegmund, Erik and other leading tenor roles as Idomeneo, Don José and Hoffmann — all with great success.

In 2000 he was recompensed for his performances by the international opera magazine Opernwelt with the distinction “best young singer of the year”.

The following years saw his very successful US debut as Bacchus in Philadelphia, he sang Un Emigrante in Luigi Nonos’s Intolleranza, Andrea Chénier, Jim Mahony and Max. He performed Bacchus again at the Grand Théâtre de Genève and at the Opera Bastille in Paris, Tristan in Cologne, Lohengrin in Stuttgart, Paul (Die Tote Stadt) and Un Emigrante at the Teatro La Fenice in Venice.

Since his role debut as Siegfried in 2006 in the Ring production by Robert Carsen at the Cologne Opera Stefan Vinke has also been given both Siegfried roles in Venice, Lissabon, Strasbourg, Weimar, Berlin Deutsche Oper and at the Salzburg Easter Festival in 2010.

During the recent years at the Oper Leipzig he sang the leading tenor roles in all their upcoming Wagner productions, including Tristan, Parsifal, Lohengrin, Erik, Rienzi, Bacchus and Don José. Since his Walther von Stolzing debut in Leipzig in 2010, the artist belongs to the limited group of tenors who constantly sing the complete dramatic repertoire of Richard Wagner.

Aside from his strong presence on the operatic stage, Stefan Vinke is in demand as a concert singer, whose wide-ranging repertoire is at home in all styles and venues.

His concert engagements lead him all over Europe, as well as to North, Central, and South America, and to Asia and Israel.