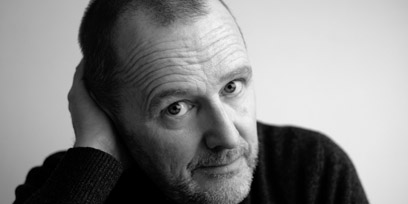 Steffen Aarfing studied architecture at the Danish Royal Academy of Arts, and did his first stage design in 1980.

Since then, Steffen has designed around 160 plays and operas as well as worked in the field of movie production, design and theatre architecture.

He has designed several productions with director Kasper Holten, among them: La Traviata in Stockholm, Le Grand Macabre by Ligeti in Copenhagen and San Francisco, Wagner’s complete Ring Cycle in Copenhagen Opera in collaboration with Marie í Dali and in Vienna: Wolfgang Rihm’s Jakob Lenz and Giancarlo Menotti’s Goya.

Steffen did his first Le Nozze Di Figaro with Johannes Schaaf’s Mannheim production in 2005, a second Figaro in summer 2007 in Vienna, at Theater an der Wien, with Marie í Dali and Kasper Holten.

The collaboration has since led to a Don Carlo in Copenhagen and Lohengrin in Moscow, and also into film – Juan, shot in Budapest with production design by Steffen.

Another Lohengrin production created controversy at Deutsche Oper in Berlin during spring 2012.

Recent opera productions include Tristan Und Isolde, directed by Elisabeth Linton in Finland, a third Figaro in Copenhagen, Das Liebesverbot in Madrid and The Turn Of The Screw in Milan.