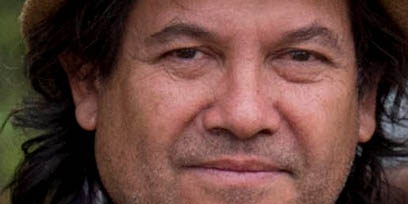 Stephen Pigram is an Australian musician and songwriter. He has been a member of Kuckles, Scrap Metal and The Pigram Brothers. He worked with Alex Lloyd and Alan Pigram on the soundtrack of Mad Bastards, a film he coproduced with Brendan Fletcher, David Jowsey and Alan Pigram. He released a solo album, Wanderer in 2013.

Along with his brothers Alan and Phillip, Pigram was a founding member of Scrap Metal. Together they toured nationally and released 4 albums before breaking up in 1995. Alan, Steven and Phillip then joined up with their brothers David, Colin, Gavin and Peter to form The Pigram Brothers. They were nominated for an ARIA Music Award in 2012 for Best World Music Album and have released four albums.

In 2006, along with Alan, he was inducted into the Western Australian Music Hall of Fame. He worked on the 2011 film Mad Bastard, coproducing with Brendan Fletcher, David Jowsey and Stephen Pigram. With Alex Lloyd and Stephen Pigram he created the music for the film and on the soundtrack album. He received many award nominations for the film. Two AACTA Award nominations, AFI Members’ Choice Award and Best Film. An APRA Music Award nomination for Feature Film Score of the Year. An Inside Film Awards win for Inside Film Awards. An ARIA Music Award for Best Original Soundtrack, Cast or Show Album (with Lloyd and Alan Pigram).