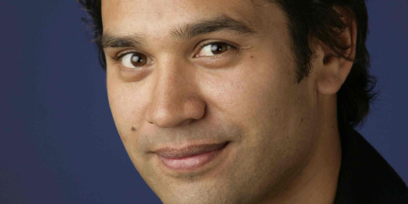 Stephen Smith is a graduate of the Victorian College of the Arts.  He debuted as Rodolfo in Eastern Metropolitan Opera’s production of La bohème.


In 2003, Stephen performed as Martin in Copland’s The Tender Land for Operalive, Rinaldo in Galuppi’s Il filosofo di campagna for Stopera, Don José in Carmen for The Essendon Choral Society, as well as Alfredo in La Traviata, Nadir in Les pêcheurs de perles and Tamino in Die Zauberflöte for Melbourne Opera.  For his achievements, Stephen was awarded the Dame Joan Hammond Opera Award at the 2004 Green Room Awards.  Since then, Stephen has also performed as Ferrando in Così fan tutte, The Duke in Rigoletto and Alfred in Die Fledermaus all for Melbourne Opera.


As well as being a finalist in the 2005 Herald Sun Aria, Stephen was awarded the 2005 Maggio Musicale Fiorentino Award and completed further vocal studies with the Teatro Communale in Florence, Italy.  In 2006, Stephen made his OzOpera debut as Don José in Carmen and performed the role of Prince Hilarion in the Gilbert & Sullivan Trust’s production of Princess Ida in Dunedin, New Zealand.


In 2007, Stephen Smith sang Don José in OzOpera’s Carmen, Nanki Poo (The Mikado) in Dunedin, the title role in the world premiere of Larnach for Opera Otago, Pinkerton in Madama Butterfly for Melbourne Opera and appeared in The Love of the Nightingale for Victorian Opera and Opera Queensland.


The following year, he became a Young Artist at Opera Australia making his debut as Welko in Arabella. Since then, he has sung many roles for the national company – Beppe in Pagliacci, Jacquino in Fidelio, Schmidt in Werther, Nanki-Poo in The Mikado, Lamplighter in Manon Lescaut and Young Collector in A Streetcar Named Desire.


For Opera Australia in 2010, Stephen sang Alfred in Die Fledermaus, Gastone in La traviata, Trin in La fanciulla del West, Borsa in Rigoletto and several roles in the World Premiere production of Bliss in Sydney, Melbourne and at the Edinburgh Festival.


In 2011, he sang Don Ottavio in Don Giovanni, Malcolm in Macbeth and Remendado in Carmen for Opera Australia and appeared as soloist with the Sydney Symphony and the Tianjin Symphony Orchestra in China.  Since that time, he has performed Ferrando in Così fan tutte, Arturo in Lucia di Lammermoor, Gastone in La traviata and Mercury in Orpheus in the Underworld for the national company.